With so much to see and do, it’s always a challenge for a visitor to prioritise what Vietnam tourist attractions are worth their time and money. Ideally, if you had a few months to spare then you would have ample time to visit all that Vietnam has to offer, but most travellers don’t so we’ve shortlisted the top Vietnam tourist attractions that have to be on your itinerary.

If you’re really hard pressed on time and there was only one thing a traveller could add in the itinerary for their Vietnam tours then this is it. A UNESCO world heritage site, Halong Bay typifies the mystique that defines the natural sites of Vietnam – to read more about the ancient legends that track the formation of the over 2000 islets in the bay see here. A typical tour of Halong Bay is an overnight stay on one of the many Junks that plough through the islets everyday. Tours range from day tours to two nights stay on board a Junk but the overnight stay is ideal for most travellers.

2. Central Vietnam – Hue and Hoi An

This is one decision that troubles many who have limited time and need decide between these two ancient cities. Ideally you should visit both but it’s difficult to categorically state one as the better option over the other. Both have their respective appeals and while Hue is the smaller city of the two and is better suited for those looking to get away from the throngs of visitors. Hoi An on the other hand is more of a tourist village with access to more choices for accommodation and food, the trade off being the crowds that you will find in Hoi An. On a side note, another major draw of Hoi An is the traditional lanterns that light up the streets of the city every night. And from all the things to do in Hoi An, learning to make these traditional lanterns will be most memorable. 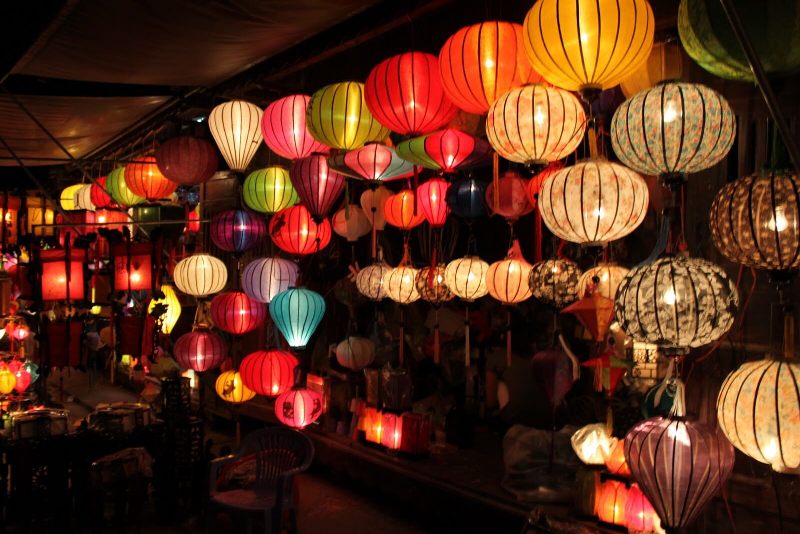 The Lantern of Hoi An Exotic Vayages

A popular getaway for both locals and foreigners, Sapa is the quintessential Vietnamese hill station surrounded by the iconic rice paddies and ideal summer temperatures. While you could opt to get to Sapa via several modes of transport, getting there on the several train services is probably the best option. You can opt for the trains that leave Hanoi at night and you will reach your destination the following morning or if you have more time to spare then book the trains that leave in the morning and you will get an entire day to soak in the Vietnamese countryside through the entire ride. When in Sapa, in addition to the spectacular views on offer you will also get to meet some of the ethnic minority groups of Vietnam such as Hmong, Dao (Yao), Giáy, Pho Lu and Tay.

The rice paddies of Sapa jorgecancela

Away from the crazy streets and hill stations is the coastal town of Mui Ne, known more for the beaches and the beautiful sand dunes that dot the surroundings of this coastal town. While not an absolute as one of the many Vietnam tours you can include in your itinerary, Mui Ne is something worth including if you have spare time.

Unknown to travellers just until 5 years back, the Son Doong caves is probably the most coveted destination in Vietnam. Taking the title of the world’s largest cave away from the Deer cave in Malaysia, Son Doong reaches 200 metres at it’s highest point, 150 metres in width and the entire cave runs 9km deep. Complete with its own ecosystem of jungles, rivers and waterfalls visiting this natural wonder will set you back more than USD 3,000, oh and did we mention the waiting list extend to over 2 years! The season runs from February to August and access to Son Doong is heavily restricted with only 500 permits being issued for 2015.

Unless you’ve taken a bus over the land border, chances are you’ve flown to Vietnam either through Hanoi or Ho Chi Minh. While both these cities may appear similar to the untrained eye, the residents of both cities will happily point out how both these have their own distinctive style, be it food, fashion and architecture. So how do you tell the difference between the two cities? There’s no other way than to let a local guide you through the cities in one of the many tours offered by several groups, you could explore Ho Chi Minh city on a Vespa, get a free walking tour of Hanoi by students or even sample the plentiful street food in Hanoi.


Error: API requests are being delayed. New posts will not be retrieved.

Error: API requests are being delayed for this account. New posts will not be retrieved.